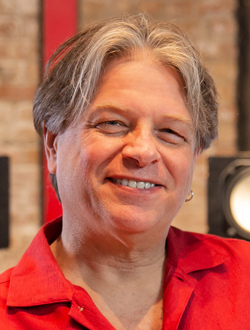 Buzz began his career at Minnesota Public Radio, working with the Minnesota Orchestra, St. Paul Chamber Orchestra and engineering Leigh Kamman’s late night show "The Jazz Image". He served as technical director for Garrison Keillor’s "A Prairie Home Companion" for which he won a national award for excellence. His work has won praise from artists such as Mary Chapin Carpenter, Yo Yo Ma, the Art Ensemble of Chicago, and the Chicago, Dayton and Milwaukee symphony orchestras, and for over 25 years he has served as principal sound designer and engineer for Madison Symphony. As voice talent and narrator, Buzz’s voice is heard on audiobooks, websites, TV and radio ads, film narrations, live performances, conventions and awards shows, including serving as live events announcer for American Family Insurance. An amateur rock climber, Buzz has climbed Devils Tower, Half Dome and High Exposure while managing to avoid any uncontrolled plummeting. Buzz is the original owner, having started Audio for the Arts in 1996. 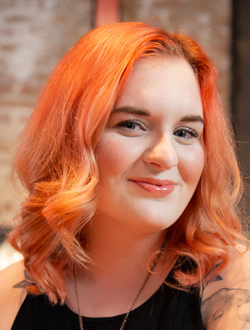 Audrey’s interest in recording was sparked from her time spent training as a soprano opera singer who, through experimenting with recording voice lessons, fell in love with engineering. Most of her initial experience was gained running sound for local bands and working with directors on sound design and film-scoring projects. Clients include TDS Telecom, Comedy Central, Wisconsin Youth Symphony Orchestras, and The Nursery Movie.

In 2017 she became the first female contributor to Pro Tools Expert, one of the most visited music and post production websites on the internet. Her articles focus mostly on tips for recording live performances, acoustic instruments, as well as gear reviews. Audrey has given presentations at Between the Waves Music Conference and Empowering Women in Audio Clinics, in addition to teaching audio classes at Central Madison Public Library. She is also a member of SoundGirls and Women’s Audio Mission.

Always intrigued by unusual acoustic environments, Audrey is known for recording musicians anywhere from silos to her cavernous basement. When she’s not recording audio, Audrey can be found daydreaming about recording audio, learning other languages, or playing her ukulele affectionately named Cornelius. 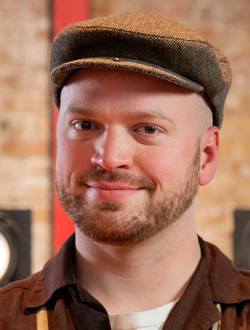 Noah is the newest addition to the Audio for the Arts team. In 2012, he graduated from The Institute of Production and Recording in Minneapolis where he also briefly interned at The Terrarium.

Since joining the ranks at Audio for the Arts, Noah has worked with a growing list of Madisonian musicians, including Wurk, Royal Station, Laurel Canyon, Lakewaves, Tiny Dinosaur, and Anders Svanoe. Noah’s engineering skills garnered him a MAMA in 2016 when his band, The Earthlings, won World Song of the Year for "Two Things." When he is not fulfilling his duties as Audio for the Arts office dude you can find him designing synthesizer sounds, building DIY stomp-boxes, and canoeing with his family and friends. 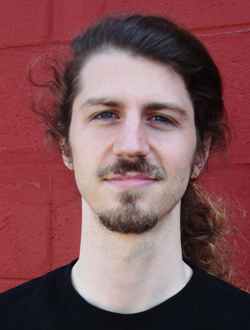 Jason Kutz grew up in Kiel, Wisconsin, a small town in the Wisconsin countryside. He received his BM in Recording Technology/Music Industry from UW Oshkosh and MM in Piano Performance from UW Madison, studying both classical and jazz.

In Madison he works as a pianist, composer, teacher, arranger, artist, graphic designer, and sound engineer. He writes and performs in a quartet called Mr. Chair (mrchairmusic.com), which performs original contemporary classical music and, for instance, Stravinsky’s ballet, Pulcinella; and an electric jazz fusion trio, Bad Philosopher. He has recently been commissioned to write music for the Wisconsin Children’s Choir and the UW Geoscience Department. He tours around the Midwest with Opera for the Young. He is a three-time concerto competition winner, and last year traveled to Beijing, China to teach a summer program at the Magic Piano Arts Academy. You might also find him performing with Bach Dancing and Dynamite Society, Willy Street Chamber Players, Wisconsin Chamber Orchestra, the Paul Dietrich Big Band, and the Ben Ferris Octet, among others.